After playing the Badgers who UMD has not played since the days of them both being in the WCHA, there should be kudos to the Bulldogs and Gophers for keeping this series going.

Last year, the Gophers broke the UMD streak of winning series between these two teams, but it may just be back in the Bulldogs' corner this year.

Again, the Taconite Trophy is on the line, but no one can find the hardware, so the winner wins it in name only. 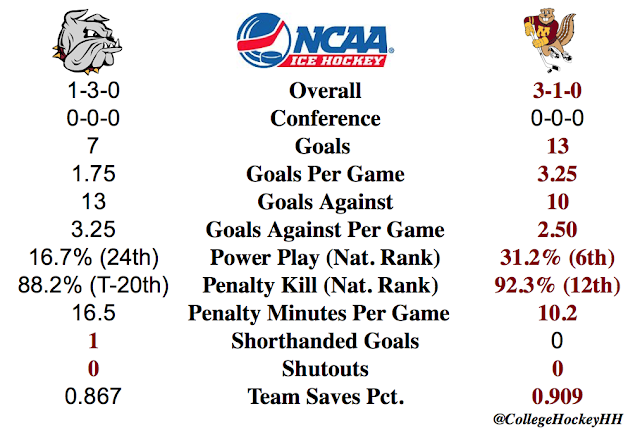