The story lines are endless: Top teams meeting, the what-ifs from the Western Regional last year, and the former Bulldogs assistant now Huskies head coach to name a few.

As in many recent years, Saint Cloud State and Minnesota Duluth are playing good hockey, ranked in the nation, and vying for top in the State of Hockey. Plenty to play for this weekend.

When Coach Sandelin was asked in December about his former assistant, now head coach, Brett Larson at SCSU he glowing comments. Sandelin is not surprised he and the Huskies are doing well and he attributes it to Larson's passion he showed at UMD.

Further, Sandelin was asked about his other assistants, Jason Herter more specifically, if he expects them to eave too and he said yes. Sandelin stated that he hires good people and he expects them to leave someday. That is the symptom of good things going on at UMD.

So friend of the UMD program turns foe for at least this weekend. And with these games becoming more and more important in both the NCHC and NCAA possibilities, fans may feel the friends ties may get strained. 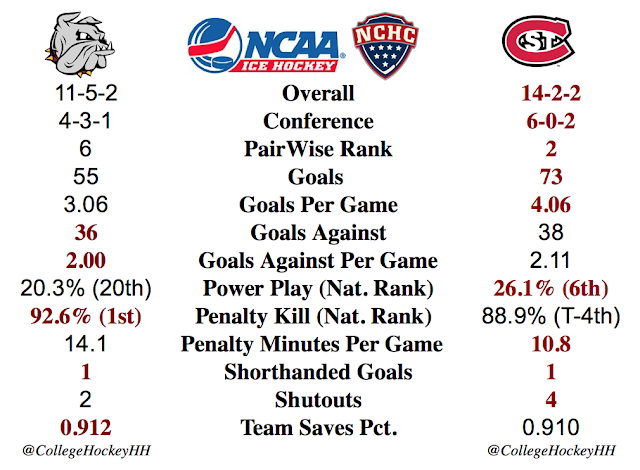